A Brief History of Transplantation at NYP/Columbia

Transplantation: Where we've been, where we're going 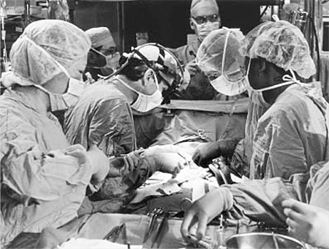 When he transplanted a chimpanzee kidney into a human patient in the late 1960's, the late Keith Reemtsma, MD, then Department of Surgery Chairman at Tulane University, revolutionized treatment of end-stage organ failure and initiated an era of unprecedented exploration into organ transplantation that would affect the lives of patients around the world. 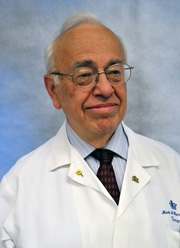 Transferring to Columbia-Presbyterian Medical Center in 1971, Dr. Reemtsma recruited Mark A. Hardy, MD, who laid another cornerstone of organ transplant medicine by founding the program for dialysis and kidney transplantation. Dr. Hardy based the new program on the principle of collaborative clinical care between surgeons and nephrologists. During a time when renal transplant programs were managed by one or the other discipline but never by both simultaneously, the medical community regarded the concept as folly. Yet the program grew steadily, as did the program's immune tolerance research initiatives to induce the transplant recipient's body to accept a donor organ. This multidisciplinary cooperation also led to major contributions in immunogenetics, immunosuppression, and treatment of autoimmune diseases and lymphoma — and it ultimately became the overarching principle for all the NewYork-Presbyterian Hospital transplant services.

Colleagues universally give credit to Eric A. Rose, MD, who co-founded the heart transplantation program with Dr. Reemtsma, for his successful transformation of the program into the outstanding center it is today. A parade of achievements marks the history of the heart transplant program, including the first mechanical bridge-to-transplantation using intra-aortic balloon pumps in the 1970's, and the first successful pediatric heart transplant, performed by Dr. Rose in 1984. Under the guidance of Dr. Rose and his successors, the program has pioneered research in immunosuppressant medications, mechanical assist devices, and minimally invasive surgical procedures. It currently performs over 100 heart transplants yearly, with among the highest success rates in the nation. 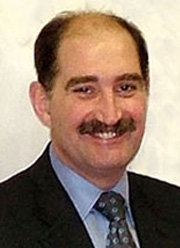 Also in 2004, Lloyd E. Ratner, MD, succeeded Dr. Hardy as director of the renal and pancreas transplant program. One of the first to perform laparoscopic donor operations, Dr. Ratner has found creative solutions to overcome immune barriers to kidney transplantation. The program now routinely uses extended-criteria donor organs, performs transplants among incompatible donors, and is a leader in coordinating "donor swaps" to maximize availability of compatible donor organs. Since Dr. Ratner's arrival, Columbia has been designated one of ten regional islet resource centers in the U.S. that isolate and transplant pancreatic cells to treat type 1 diabetes as part of a limited protocol controlled by the FDA. Recent progress in visualization of pancreatic islets using PET technology, under the guidance of Paul Harris, PhD, has been recognized by the scientific community as a milestone in this developing field.

Transplantation of cells, rather than organs, is emerging as a therapy with enormous potential. Transplantation of either a patient's own or a foreign donor's bone marrow cells, for example, offers hope of regenerating the heart so that patients with heart failure may be able to avoid heart transplantation.

In introducing the transplantation programs, it would be remiss to neglect mention of yet another dimension in which they excel — education. Physician training is a top priority, and NYPH/Columbia has trained many of the greatest transplant surgeons over the last 20 years, including many of the leaders of transplant programs throughout the U.S.