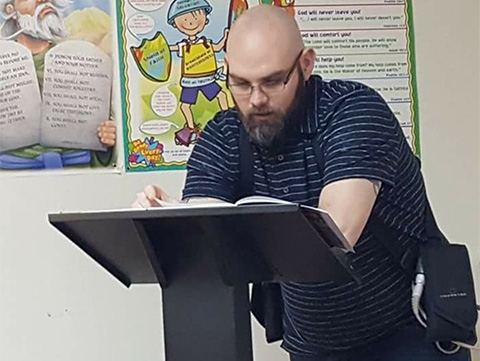 At 19, Joe de Rosa was working as a patrol officer and Emergency Medical Technician. One day, he had trouble breathing—even a little exercise suddenly left him winded. At about the same time, he also felt a lump in his neck. Joe was shortly diagnosed with acute lymphocytic leukemia, a life threatening cancer of the blood.

And The Beat Goes On — Tech consultant thrives after heart transplant 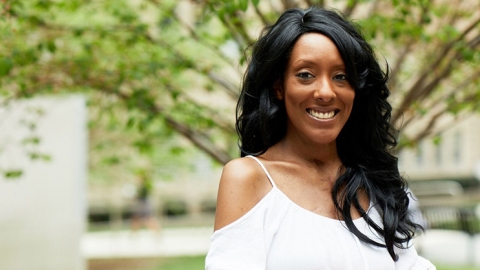 Cherie Aimée plans to do a lot of good for a lot of people.  And she’ll get the chance, thanks to a mechanical assist device that took over when her heart stopped beating and served as a bridge to transplant.

Margaret's LVAD: A Bridge From Heart to Heart

In 1999, Margaret Fiore Lizardi was in her mid-50s with a high-powered job—Director of Administration for a New York law firm. Her doctors discovered a calcification of the aortic valve that may have resulted from a childhood bout of rheumatic fever.

Surgeons replaced Margaret's valve and later gave her a pacemaker. But in 2005, she was diagnosed with stenosis of the aorta and her symptoms were so severe she could no longer work.

After consulting with specialists all over the country, Margaret finally met with Drs. Mehmet Oz, Donna Mancini and others at NewYork-Presbyterian/Columbia. Their verdict: in a few years' time, she would need an LVAD and then a donor heart. 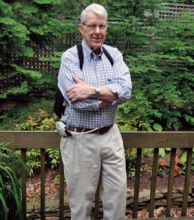 A pilot for Pan AM and United Airlines, Richard Stowe took a leave of absence in 1999 to have surgery on his knee. While he was recovering, his physicians discovered an arrhythmia and later, performed an ablation procedure to correct the arrhythmia.

As the years went by, his heart kept getting larger and in 2006, his cardiologist referred him to NewYork-Presbyterian/Columbia, where his cardiologist explained that he would benefit from an LVAD.

Joe's LVAD: One Step Closer to a New Heart

A tall, rugged twenty-year old at Rutgers University, Joe Deen spent a lot of time outdoors, hiking, backpacking and working at a Boy Scout camp. In 2006, he developed brachycardia, an unusually slow heartbeat, that doctors linked to Lyme disease. But when the tests for Lyme were inconclusive and the problem persisted, Joe received a pacemaker.

One year later, he was diagnosed with heart block and learned that he was in the early stages of congestive heart failure.