Well-known beta-blocker relieves symptoms in more than 70% of children.

Patients with certain "orphan" or rare diseases face the unfortunate reality that research dollars and interest toward their disease are limited, which translates into stagnated progress in finding better treatments. But for children with lymphatic malformations (LMs), there is now good reason for hope. Thanks to a recent serendipitous discovery, an exciting treatment option is now available, and physicians are eagerly forging ahead with a promising new avenue of research.

Lymphatic malformations, or LMs, which are a form of vascular anomaly, are abnormally formed lymphatic vessels that can occur anywhere on the body. They may be localized or widespread. Localized LMs manifest as collections of abnormal swelling or cystic masses that contain clear lymphatic fluid; others are more diffuse and can cause lymphedema (swelling) of a limb or another part of the body. Some LMs affect the skin, while others can affect essential internal organs such as the respiratory system and intestinal tract. All LM patients are at risk of infection or bleeding and experience significant pain and discomfort. LMs involving the skin can drain or leak lymphatic fluid, while deeper LMs can cause overgrowth of affected structures, resulting in disfigurement and functional impairments. As June K. Wu, MD, Assistant Professor of Surgery, Division of Plastic and Reconstructive Surgery and Co-director of the Vascular Anomalies Group explains, children may suffer badly with these disfiguring and debilitating symptoms; some are even bed-bound due to pain and constant drainage from their skin.

Moreover, many suffer the compounded misfortune of misdiagnosis because of the complexity and variation among different LM clinical presentations. These conditions are sometimes complicated by the presence of additional arterial or venous disease (or both), in what is called mixed malformations. LMs can also be part of many different conditions such as Gorham Stout disease, which affects the bone, or Klippel-Trenaunay syndrome, which causes severe lymphedema of the affected extremity. In short, they can be very challenging to properly identify.

Because the lymphatic system extends throughout the body, LMs may not have well defined borders, but rather infiltrate tissue planes. It may therefore be very difficult or impossible to surgically remove many vascular malformations, according to Angela Kadenhe-Chiweshe, MD, Assistant Professor of Surgery and the primary pediatric surgeon in the Vascular Anomalies Group. Sometimes sclerotherapy (injection of medicine that destroys the abnormal cells lining the lymphatic vessels in an attempt to collapse these channels) can be used to treat a finite area, but the malformed vessels often grow back after sclerotherapy or surgery. The chemotherapy agent rapamycin has been used to treat lymphatic malformations, but its immune-suppressing effects can be too dangerous for children, especially those who are already losing immune-rich lymph fluid, according to Dr. Kadenhe-Chiweshe. As she explains, "LMs are difficult to treat and there is no real cure. The goals of our therapies are to reduce the risk of these lesions to our patients and allow them to live functional lives."

Thanks to an unexpected observation by Dr. Wu and Carrie Shawber, PhD, a developmental biologist in the Department of Obstetrics and Gynecology, it was discovered that cells they isolated from LMs were sensitive to a common blood pressure medication called propranolol. In the laboratory setting, propranolol caused rapid death of these LM cells.

"Having observed the effects of propranolol on these LM cells, we began testing it in select patients beginning in 2012," explains Dr. Wu. "Over 70% of our patients had some positive response, meaning that swelling, pain, or other symptoms improved." In one case, a ten-year old boy had long been bed-bound; he was so sick that he had to have monthly blood transfusions because of continuous leakage through the skin of his buttocks. He suffered life-threatening sepsis, requiring multiple stays in the Intensive Care Unit. But after two weeks on propranolol, he was out of bed and walking on his own, says Dr. Wu. "He is not cured, and he still has residual LMs, but he is so much better."

Developed in the 1960s to treat hypertension (high blood pressure), propranolol is an extremely well-studied beta blocker, so its safety profile is well known. Propranolol has been an accepted treatment for problematic hemangioma, a common vascular tumor, since 2008.

The doctors at the Vascular Anomalies group are optimistic and eagerly beginning the process of learning how propranolol may help children with LMs. Based on the positive responses they have observed, Drs. Wu and Shawber are developing clinical studies to systematically study the mechanisms of the drug and how it may be integrated into their standard armamentarium in treating LMs. They are also screening additional medicines that have the potential to work as well or even better.

Although the team has not yet fully identified the mechanism by which the drug acts to improve symptoms, its ability to reduce or eliminate patients' LM symptoms represents an encouraging glimmer of hope. Animal studies to date suggest that propranolol may reduce abnormal lymphatic vascular development associated with LMs, although research is needed to confirm that hypothesis.

According to Dr. Kadenhe-Chiweshe, "The way to optimize a treatment is to understand how it works, how to dose it, to establish safe doses, and perhaps even to know who will benefit most from it. Drs. Wu and Shawber are doing a fantastic job of systematically studying the effect of propranolol on lymphatic tissue." Dr. Wu cites the importance of having basic scientists working hand in hand with expert subspecialists in every field needed to effectively care for patients with these complex conditions. "Our goal is to continue to grow our multidisciplinary center to treat children with lymphatic malformations," she says.

The treatment of lymphatic malformations requires collaboration among multiple specialists. At NewYork-Presbyterian/Columbia, the Vascular Anomalies group includes specialists from pediatric dermatology, pediatric surgery, pediatric plastic surgery, interventional radiology, genetics, neurology, and pediatric orthopedics who work together as a team to care for each patient.

The lymphatic system is a system of capillaries, collecting ducts, nodes, and other organs that transport a fluid called lymph. Lymphatic vessels also absorb fat from the intestines and transport it to the circulatory system.

The anatomy of the lymphatic system includes:

See a related story on vascular malformations in the Winter 2012 issue of healthpoints. 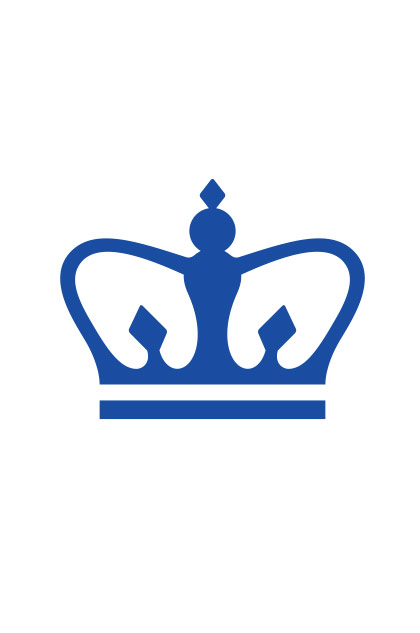