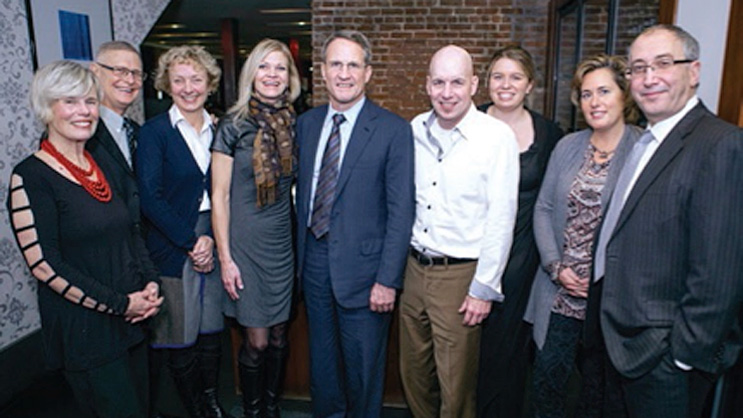 Twenty years after receiving a heart and double-lung transplant at NewYork-Presbyterian/Columbia University Medical Center, grateful patient Sean Kunzli and his family came to New York City for a celebratory reunion with his surgeon, Craig R. Smith, MD, and the team that performed this lifesaving surgery. Born with congenital heart disease, Mr. Kunzli underwent the risky and rare transplant in December 1993. Today, Mr. Kunzli is healthy and, according to Dr. Smith, one of the longest surviving recipients of a heart and double-lung transplant.