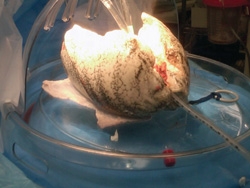 Thanks to the recent initiative by Facebook to encourage users to list their organ donation status, the public may gain more awareness about the urgency of organ donation. Many people—patients, families, and physicians alike—hope the effort will bring tangible results: enough organ donors to meet the needs of over 100,000 patients on the transplant waitlist each year.

While the absolute number of organ donors is fundamentally far lower than those in need, an even smaller percentage, just 15-20% of donor lungs, is usually deemed acceptable for transplant, according to Frank D'Ovidio, MD, PhD, Associate Surgical Director of the Lung Transplant Program and Director of the Ex Vivo Lung Perfusion Program at NYPH/Columbia. Most lungs sustain too much damage at the time of death, he explains, which precludes them from transplantation. A relatively new approach called ex vivo lung perfusion could help to improve those odds, however.

In June 2011, the Lung Transplant Program at NYPH/Columbia began enrolling patients in an important new multicenter FDA trial with the acronym of NOVEL (Normothermic Ex-Vivo Lung Perfusion as an Assessment of Extended/Marginal Donor Lungs). The complicated name belies a simple but vital concept: evaluating and preparing donor lungs outside the body prior to transplantation. Called Ex Vivo Lung Perfusion (EVLP), the process entails removing the lungs from the donor's body and placing them in a special see-through dome, where they are warmed to body temperature, renourished with fluids, nutrients and oxygen, and carefully examined for a period of hours to access their functionality. Developed in Sweden, EVLP has been studied and successfully used in Europe and Canada for the last decade, but it has only recently become subject to study in the United States.

"Since the multicenter FDA trial began, we have assessed at our site seven sets of lungs, all of which would have been considered ineligible for transplant before this trial," says Dr. D'Ovidio, Principal Investigator. "We determined that of those seven pairs of lungs, three were in fact suitable for transplant." These went to Nancy Block, Patricia Kingsbury, and most recently to Steven Davis, who says, "I am so grateful for this program. Without it, I likely would not have been able to receive a lung transplant." The other four sets could not be adequately reconditioned during EVLP and were deemed unsuitable for transplantation. "In this limited time period, EVLP allowed us to perform three transplants that otherwise would not have been possible," Dr. D'Ovidio says.

Although that figure is just a small start, the NOVEL trial will continue across all the centers until 42 patients receive lung transplants with ex vivo perfusion, and 42 controls are transplanted without use of the process.

"We know the process is not harmful to donor lungs. It allows better assessment of and potentially improvement in the quality of lungs that would otherwise be turned down for transplant," says Dr. D'Ovidio. "There is also indication that lungs already considered acceptable may potentially function better after transplantation if they are treated with EVLP. This will be examined more closely in additional research."

"Overall, we aim to meet the need of patients listed for lung transplantation, as well as to improve their long-term health after transplantation. Ex vivo lung perfusion won't be a solution to all of the challenges facing lung transplant patients, but it will help to increase the number of transplants performed each year. Even if we see a gain of 10-15% from this method, that could mean ten more patients at NYPH/Columbia would receive lung transplants each year. And if it proves to be more successful than that, we'll be even happier," comments Dr. D'Ovidio. "It's not that EVLP will be a magic bullet, but every step helps."

EVLP is being studied widely at this time in many countries, as evidenced by the number of presentations on the topic at the 2012 Annual Meeting of the International Society for Heart and Lung Transplantation. Based on the successes achieved so far, researchers are also investigating the possibility of using EVLP as a platform from which to deliver targeted therapies to actively repair donor lungs. 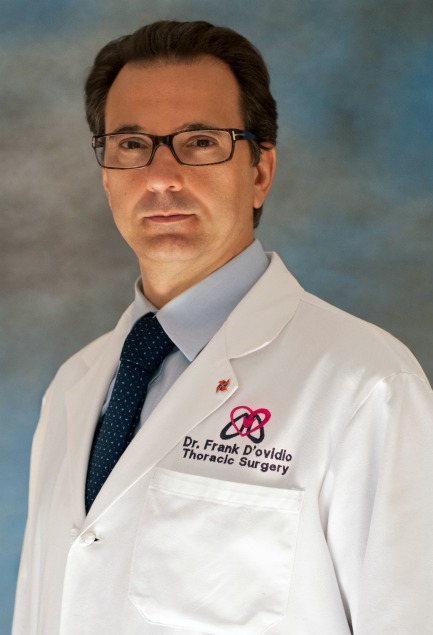