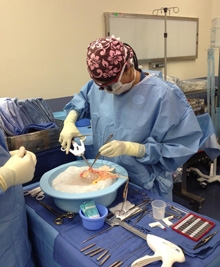 Arundi Mahendran, MBBS, MRCS, MSc is a transplant surgeon and accomplished singer. Originally from London, Dr. Mahendran completed her general surgery residency at University College London and a fellowship in abdominal transplant surgery at NewYork-Presbyterian Hospital. A recent episode of NY Med followed Dr. Mahendran as she collaborated on a living donor liver transplantation in which one brother donated a portion of his liver to the other. In this opinion article, Dr. Mahendran challenges followers to engage in a different kind of discussion when it comes to organ donation.

Organ donation is hot stuff! Slogans and advertising yell, “Organs save lives! Register as a donor now!” But surveys show that the majority of people who choose not to be donors have either not thought about the question or are deterred by uncertainty as to what the process means for them.

As a child, I was pretty stubborn. I did not respond well to being told what to do, nor how to think. I was hellbent on figuring things out for myself. Therefore, this article is not designed to tell you that you should become an organ donor. I simply ask that you think for yourself and consider the following question:

What does it mean to YOU to be an organ donor?

People become donors for various reasons; some do it because they’ve seen a friend die while waiting for a transplant, others because they want to give back to society. There are donors who describe it as doing God’s work, and yet others who will do it to save the life of a loved one. What would your motivation be, if you chose to be a donor?

NY Med has featured both living donor transplantation (in which a living person donates a part of their liver or one of their kidneys) and deceased donor transplantation (in which organs are donated based on the person’s prior decision to donate, or the family’s decision). Now ask yourself, what would you do if your dad needed a new kidney? How would your family respond if you were involved in a fatal accident? Would you (and they) consent to your organs being used to help people? What makes you and your family reluctant? You may be asking why I insist on posing such morbid questions at readers who are neither sick nor dying! The simple reason is that engaging with family, friends, neighbors, and co-workers in an open and frank environment allows you to be thoughtful about the facts and clear about your motives. This is far preferable to the middle of the night scenario, when a loved one suddenly passes away or is declared brain dead. To make this decision, when you are utterly devastated by loss and wracked with grief, is extraordinary to me. Why not think about these issues when you are healthy of mind and body, and able to discuss your wishes with those closest to you? 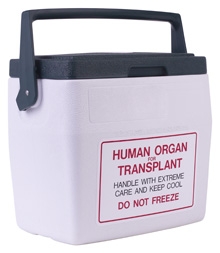 What deters potential organ donors? The first issue is fear about their fate! People worry that in the event of a life threatening condition, health professionals will not work hard to save their life if they’ve already signed up as an organ donor. The truth could not be farther from this fear, I can assure you. Doctors and nurses involved in your emergency care are dedicated to fighting for your life; that is their primary goal, always. In addition, they have no association with the transplantation services whatsoever. Some people are concerned that they may be too old or unhealthy to become donors. But anyone can choose to be an organ donor, there is no age cut-off. If a potential donor had a medical condition, it does not necessarily exclude them from donation. Doctors will make that call at the time of death. People with strong religious beliefs may worry about going against religious teachings by agreeing to donation. Engage with your faith leaders and seek guidance on how organ donation is viewed within your belief system.

The number of people waiting for a transplant in the United States is tantamount to the entire population of Berkeley, California (100,000). While there are many substitute therapies like dialysis and special drugs, these treatments are not a panacea. The only definitive treatment for end-stage organ failure is transplantation; without it, people die. So, I return to the first question I posed: What does it mean to YOU to be a donor? Don’t be put off by the myths and misconceptions surrounding organ donation. Ask questions, demand answers, do the research and discover your opinion on organ donation.

Make an informed choice that you are comfortable with, but do think about the question. This is all any fellow human being can ask of you.