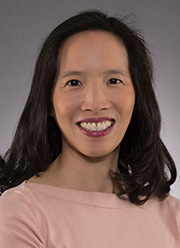 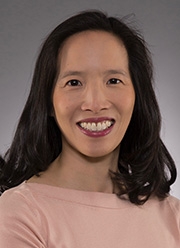 This month marks the beginning of a new chapter for the Department of Surgery’s Division of Plastic Surgery.

“It gives me great pleasure to announce that Christine Hsu Rohde, MD, has agreed to succeed Robert Grant, MD as Chief of the Division of Plastic Surgery,” said Dr. Craig Smith, Chair of the Department of Surgery. “Dr. Rohde is an outstanding plastic and reconstructive surgeon who has been extremely effective as my Vice Chair for Faculty Development and Diversity since 2017. The Division of Plastic Surgery will thrive under her direction.”

Dr. Christine Rohde is a Professor of Surgery at Columbia University Irving Medical Center. After obtaining her medical degree from Harvard Medical School, she trained in general surgery at the Brigham and Women’s Hospital in Boston, followed by plastic surgery training at Montefiore Medical Center and a microsurgical fellowship at New York University Medical School. She is Chair of the American Society of Plastic Surgeons Clinical Research Committee and serves on the boards of multiple national and international plastic surgery societies. Her research focuses primarily on outcomes of plastic surgical interventions, particularly related to breast cancer reconstruction and post-surgical care. Dr. Rohde has a masters in public health from Columbia University Mailman School of Public Health and has received NIH and other national grants for her research. She is also involved with several initiatives for the promotion of women in surgery and medicine.

As Columbia’s Chief of Plastic Surgery, Dr. Rohde becomes the first Asian female plastic surgery chief in the United States. She will look to use her new position to build on the strong foundation established by her predecessor.

“I am very appreciative of Dr. Grant’s many years of service to the residency program and plastic surgery division. He has been a steady hand in leadership, and I am honored to succeed him as Chief. I am looking forward to working with the best colleagues in the world to continue to grow the Division of Plastic Surgery and increase our regional and national presence,” said Dr. Rohde.

Dr. Robert Grant has been affiliated with New York-Presbyterian since the early 1980s. He completed his general surgery and plastic surgery residencies at the then New York Hospital-Cornell Medical Center in 1990. Following his microsurgery fellowship at NYU Medical Center/Bellevue Hospital, Dr. Grant joined the Weill Cornell Division of Plastic Surgery faculty in 1991. He became Residency Program Director for the NYPH Plastic Surgery Residency in 1999, joining the Columbia faculty after the merger of Columbia and Cornell campuses. He was Residency Director for over 20 years, training over 65 plastic surgeons, and mentoring scores of medical students and other residents during his tenure. Dr. Grant was appointed to his current role as Plastic Surgeon-in-Chief in 2004 and was named a Professor of Surgery at CUIMC in 2012. During his tenure as Chief, the full-time faculty doubled in size. Clinical productivity, research output, and educational programs of the combined Divisions experienced exponential growth.

“I congratulate Dr. Rohde on assuming the leadership role in plastic surgery at Columbia University. I was thrilled to recruit her to CUIMC after she completed her postgraduate training. As I transition after my 39 years of professional association with NYPH/Columbia and Weill Cornell, I’m delighted that Dr. Rohde will build upon the clinical, educational, and research foundation I set during my time as Division Chief. I know she will move both her reputation and the Division of Plastic Surgery’s to even greater prominence in the years ahead,” said Dr. Grant.

Dr. Jeffrey Ascherman, the Thomas S. Zimmer Professor of Reconstructive Surgery in the Division of Plastic Surgery, adds: “It has been an incredible pleasure and honor to work with so many talented plastic surgeons in our division over the past three decades. I congratulate Dr. Grant on his many achievements and look forward to Dr. Rohde’s continued successes and accomplishments. I anticipate further amazing contributions from our division in the years to come.”

Columbia’s Division of Plastic Surgery is among the nation’s top programs for cosmetic and reconstructive procedures. Each of the plastic surgeons on the faculty is proficient in multiple areas of specialization, at all levels of complexity. The division is at the forefront of clinical and laboratory research in plastic surgery and is a recognized leader in the field.