Top transplant care from the most experienced kidney experts. Call (212) 305-6469 to schedule an appointment.

How Close Is Xenotransplantation, Really? 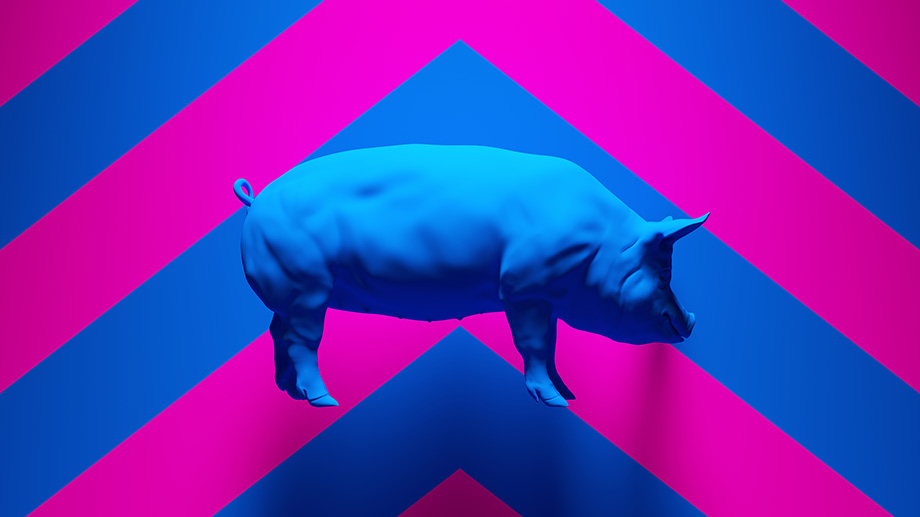 “Xenotransplantation is the future, and always will be.”

The quote is attributed to the late Stanford surgeon and heart transplantation pioneer Norman Shumway, and it still frequently gets referenced by surgeons and researchers today. To some, it’s a rather humorous allusion to the improbability of successfully transplanting animal organs into human bodies. To others, it’s the kind of statement that made sense a few decades ago, but might need some amending now.

To Megan Sykes, MD, Director of the Columbia Center for Translational Immunology, it’s also a challenge of sorts. And one that she is readily taking on.

Dr. Sykes has been working on xenotransplantation for 35 years, specifically on matters related to human tolerance to non-human organs and cells. She’s excited because in those 35 years, she has seen the field make enough progress that she truly believes xenotransplantation is going to be a medical reality sooner than we think, and that clinical trials will begin “within the next couple years.”

Xenotransplantation is about much more than achieving a procedure that feels like it belongs in science fiction. It’s a priority to many transplantation surgeons and experts because it could address many of the barriers that have existed in organ access for decades.

“Early in my career, I became interested in improving access to transplantation because ultimately, people who need transplants, whether they get transplanted or not is going to have the biggest impact on their survival and wellbeing,” says Lloyd Ratner, MD, Director of Renal and Pancreatic Transplantation at Columbia University’s Department of Surgery. “But for my entire career, there's been an organ shortage.”

The promise of xenotransplantation is that there would no longer be a need for a waiting list, because there would be a ready supply of appropriate organs available at all times, from a genetically modified and carefully overseen population of pigs. There have been recent, high-profile pig-to-human transplantations that were major milestones in the field.

Two xenotransplantations, at New York University and the University of Alabama at Birmingham, involved pig kidneys transplanted into humans who had been declared brain-dead. The kidneys functioned for the entirety of the planned periods of study (54 and 77 hours, respectively).

A 57-year-old man named David Bennett, who had severe heart disease but wasn’t eligible for a typical human-to-human cardiac transplant, also recently underwent surgery to receive a genetically modified pig heart at the University of Maryland. Unfortunately, he passed away about two months later. But Dr. Sykes points out that this does not mean that the xenotransplantation was a failure.

“I’m not sure something went wrong per se,” she says. “The study [of the cause of death] hasn’t yet been published. I actually think most people are viewing it as a success, insofar as he had the heart functioning, they were able to get him off ECMO”—what we colloquially call life support–“and he gained a lot of capacities that he didn’t have before the transplant.”

David’s story also speaks to another important potential benefit of making xenotransplantation a reality: increasing the number of people who could undergo transplantation at earlier stages even if they’re not eligible for a traditional transplantation, whether it’s because their condition isn’t considered urgent enough or there aren’t enough organs in their area or there are technically other procedures or treatments the patient could use, regardless of their outcome.

“That's a big advantage of xenotransplantation, you can schedule your transplant electively and it becomes an elective procedure. You can quality control your donor. You don't have to wait for somebody to pass away for an organ to be available,” Dr. Sykes says. “This is in the future, but you can start to think about transplanting people at an earlier stage of their disease, when they haven't developed all the complications of their heart failure, for example. And so their liver and their kidneys are still in good shape, and you obtain a much better outcome, better quality of life. So that's the golden future of xenotransplantation.”

That future does sound golden. But before we get there, a wide range of questions and issues still need to be resolved. There are the scientific and medical questions of what specific genetic modifications are most effective in making pig organs viable in human bodies, and what accompanying interventions will help human immune systems accept xenotransplanted organs.

There are also questions of funding, and who will be responsible for the resources required to make xenotransplantation a mainstay procedure, such as the specific conditions the pigs must be kept in. There are important ethical questions to grapple with, though Dr. Sykes mentions that research has shown that many religious leaders from various faiths “all condoned the idea of using an animal to save a human life,” she says. “And on a broad level, there are hundreds of thousands of pigs consumed for food every year. To have a much smaller number of pigs raised to save human lives is, I think, pretty acceptable to your average person.”

Dr. Ratner also makes an important point: that in the meantime, there are still patients who need organs and will need them before xenotransplantation is an option for them. “There are things like expanding non-directed donors that will benefit patients right now…. We need to be thinking short term, intermediate term, and long term,” he says. “There are other things, like genetic engineering, stem cell technology, that maybe will turn out to be better than xenotransplantation. But I think this is a good problem, that we have a few different strategies that look very promising. I just don’t think we should put all our eggs into one basket.”

“There's really no successful model yet, but we want to start a real focus on this to make it possible in the next few years' time,” he says. “I've seen many young individuals to whom we cannot offer a liver transplant and they die. That's a real heartbreaking moment knowing that this patient could be helped, but we can't really offer it based on the availability issue.”

Dr. Kato is passionate about the potential of xenotransplantation, but also cautions patience and the consideration of important questions like how to think about safety nets for patients who undergo xenotransplantation unsuccessfully. “Let's say you xenotransplant a heart in somebody who goes into heart failure because the xenograft doesn't work. Technically, that person can qualify for a heart transplant from a cadaver organ. There's no rule not to do that, but if that person ended up getting a cadaver organ much quicker than others because of the pig transplant failure, is that really justifiable?”