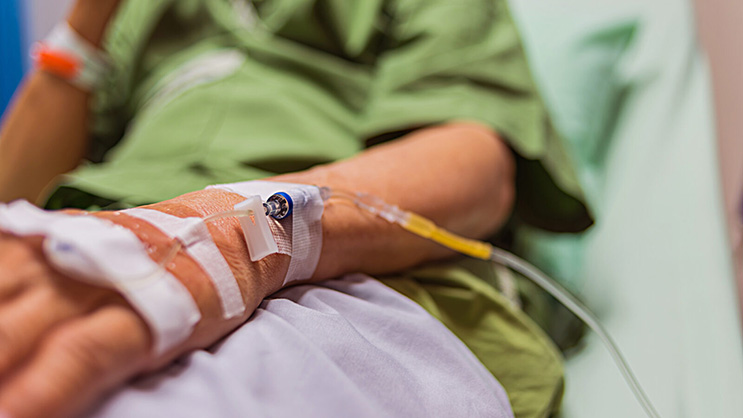 One-third of clinical trials that led to new cancer drugs approved by the FDA in the last decade didn’t report on the race of trial participants, and studies that did report had far fewer black and Hispanic participants than represent the actual patient population. These findings highlight a dire need for action. Without equitable representation in research patients will continue to receive a lesser quality of care. (From STATnews.com)

Sara’s story is one of remarkable perseverance. She was a 20-year-old college student when first diagnosed with ulcerative colitis, a chronic inflammatory condition. After 8 years of medication and many surgeries that did not go as planned, she was sent to colorectal surgeon Ravi Kiran, MD. Finally, an internal abdominal pouch procedure, called k-pouch, transformed her life.

“Everything I’ve been through and the way things turned out — I’m happier than I’ve ever been,” she exclaims. (From NYP.org)

She Beat Cancer. Now, She’s in Another Fight for Her Life.

Twenty people die each day waiting for a life-saving organ. That’s a fact Erika Zak wanted everyone to know. Through telling her incredible story of survival, Erika highlighted a reality that many who need a transplant in the United States face—our system for organ donation is broken. Step by step, this article breaks down the labyrinth of systemic barriers and what we can do to fix them.  (From NYTimes.com)

Read a related discussion with transplant surgeon Lloyd Ratner, MD on two additional issues in the realm of kidney transplantation: disincentivizing the business of dialysis and removing monetary barriers that stand in the way of donating a kidney.

He Went From Hiking Enthusiast to ‘On Death’s Door’ Within Days. Doctors Blamed Vaping.

Dangers related to vaping are being linked to more cases of acute lung failure. Alexander, a healthy 20-year-old, assumed he had the flu but 2 days later he was diagnosed with acute respiratory distress syndrome, an often-fatal injury of the lungs. The condition is so severe he had to be placed on ECMO, a life-saving artificial lung machine, to allow his lungs to heal. His case is among the most serious of vaping-related lung illnesses reported thus far and goes to show there’s still a lot we don’t know about the effects of vaping. (From WashingtonPost.com)