Calcium Supplementation: More May Not be Better 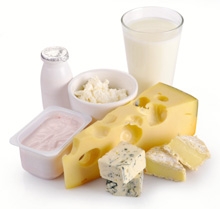 Study 1: The first study, published in JAMA Internal Medicine, followed nearly 400,000 American men and women between the ages of 50-71 from 1994-1995, as part of the National Institutes of Health (NIH) AARP Diet and Health Study. The researchers found that higher intakes of supplemental calcium (≥ 1500 mg/day) at the beginning of the study were associated with an increased risk for death from both cardiovascular and cerebrovascular disease in men but not women. Dietary calcium intake did not affect risk for death in either men or women. The authors did note that vitamin D, when provided with calcium, may diminish the risks of higher calcium supplementation, but this could not be assessed since that data was not collected.

Why may calcium supplementation be harmful? The authors suggested that vascular calcification (hardening of the arteries from calcium deposits) may play a role. Why was risk for death increased in men but not women? The authors hypothesized that a potential problem may be the abrupt change in calcium intake (men usually don’t take supplements as often or during younger years as women do), and that women had already achieved a “calcium balance” long before the study began, whereas many men may have only just started to supplement with calcium. One major limitation to this study is that calcium supplementation and intake was only evaluated at the beginning of the study. The length of time the participants actually took calcium supplementation is unknown, both before the study began and after the study was completed.

Study 2: The second study, published in BMJ, followed about 61,000 Swedish women, born between 1914 and 1948, and followed up for a median of 19 years as part of the Swedish mammography cohort. The researchers found that dietary intake of calcium both above 1400 mg/day and below 600 mg/day were associated with increased rates of death among participants. Furthermore, they found that women who consumed >1400 mg/day of dietary calcium and took additional calcium supplements had a higher rate of death than women who consumed the same amount of dietary calcium but did not take calcium supplements.

These researchers did have some of the data that the other study lacked – participants’ vitamin D intake. However, they found that vitamin D intake did not significantly reduce the rate of death in those with high calcium intake. In addition, this study collected data from their participants twice, once at the start of the study and again 7-10 years later.

This group also theorized that the increased rate of death among participants with both very high and low calcium intake was due to a change in homeostasis ultimately resulting in changes in serum calcium (calcium measured in the blood) and/or hormonal changes. They report that calcium-enriched meals can reduce calcitriol, which is the active form of vitamin D. Suppressing vitamin D can cause an array of problems including hypertension and higher levels of proinflammatory cytokines (which are involved in plaque buildup in cardiovascular disease), among many other physiologic changes to the vascular system. In addition, calcium-enriched meals increase levels of specific growth factors, which may increase the risk for heart attack, stroke, and death from all causes.

What Do These Studies Mean?

In short, do not to take calcium supplements unless directed by a health care provider. Aim to consume the RDA for calcium (see Table 1 below) and not to consume less than 600 mg or more than 1400 mg of calcium per day from your diet and from supplements combined, unless directed by your doctor. If your doctor has recommended calcium supplementation as part of a treatment plan, then the potential harmful effects are outweighed by the benefits for your condition.

How These Studies Affected Me

You may be wondering if I changed my own diet and/or supplement routine after reading these studies. I definitely did. When the first study was published, I sent my husband a text recommending he decrease his calcium supplementation from 1200 mg/day to 600 mg/day. Then the next week, the second study surfaced, and I decided to also cut back my calcium supplement to 600 mg/day. My husband and I typically don’t consume more than 500mg/day, so we would need the additional calcium from the supplement. I didn’t change how much calcium-containing foods I consume at all and I wouldn’t make that recommendation to any of my patients (unless they were consuming excessive amounts of calcium above 1400mg/day). People who eat enough calcium-containing foods shouldn’t need any calcium supplements at all (unless directed by a doctor).

See Table 2 for some dietary sources of calcium. 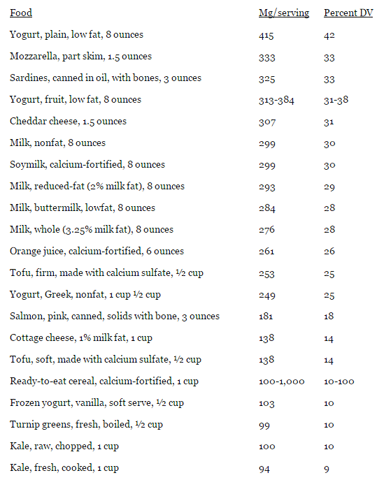