To buy organic or not to buy organic? That is the question. At least, that is the question I will attempt to answer for you in this blog. As the organic food sections in our grocery stores continue to expand, you may find yourself wondering if you should be buying organic foods instead of conventional foods. It is first important for you to understand the differences between organic versus conventional foods.

What does organic mean? 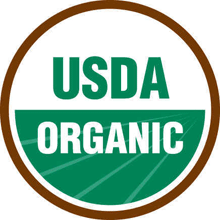 Organic foods and products may only be produced using approved methods, which promote recycling of resources, are not harmful to the environment, and preserve biodiversity. Organic foods are grown and processed without synthetic fertilizer, synthetic pesticides, prophylactic antibiotics, or hormones. The United States Department of Agriculture (USDA) sets standards for these approved methods and oversees the certification of all organic products. If a product contains 95% or more organic materials, it can use the USDA Organic seal.

Here are three other USDA regulated labels for animal derived foods (these are not necessarily organic):

The answer requires a look at multiple factors. 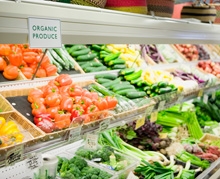 There are two main safety issues regarding food: chemical contamination and bacterial contamination. In animal studies, many of the chemicals used in conventional food have been shown to cause endocrine and reproductive problems, birth defects, behavior changes, asthma, and cancer. To protect the public from being exposed to high amounts of pesticides and other agricultural chemicals used in conventional food, the Environmental Protection Agency (EPA) sets limits on the amount of residue allowed in conventional foods. However, health advocates argue that the permissible levels in the U.S. are too high for human health. A meta-analysis by Smith-Spangler et al, published in the Annals of Internal Medicine in September 2012, found that pesticide residue exceeded the allowable limits in only three out of 200 studies. Exposure to pesticide residue was more than five times higher in conventional food compared to organic food (38% versus 7%). The long term health risks of pesticides remain unclear and controversial.

There is wide-spread use of low dose antibiotics in conventional animal farms, but not necessarily to prevent infections. In the 1950’s, antibiotics were found to help animals grow faster without increasing their feed. In fact, animals account for 75% of the antibiotics used in the United States. This has contributed to the growth of antibiotic resistance, and subsequently, an increase in antibiotic-resistant food-borne illnesses, which make treatment much more challenging. According to Smith-Spangler’s meta-analysis, conventional chicken and pork were nearly 3 times more likely to have contamination from bacteria that are resistant to at least three or more antibiotics compared to organic chicken and pork (49% risk in conventional versus 16% risk in organic).

To best avoid your risk for food-borne illness from meats, buy organic or antibiotic-free, and minimize your intake of ground and processed meats, which have parts from many animals, thereby increasing likelihood of pathogen exposure. In addition, check your meats with a food thermometer to make sure they are thoroughly cooked (see these food guidelines for minimum cooking temperatures). Do not leave leftovers out long after cooking (food that has been out a total of 4 hours should be discarded).

Does an organic diet reduce the risk of cancer?

Unfortunately, no long term studies have been done in humans to assess the effect of an organic diet on the prevalence of cancer. The Smith-Spangler review tracked health outcomes such as allergies, campylobacter infection, and pesticide levels in urine and breast milk, but did not evaluate the long-term link to cancer, as this has yet to be studied

Smith-Spangler’s study determined that overall, organic foods are not more nutritious than conventionally produced foods, but there were significant limitations to this review, and more research needs to be done in this area. Many variables affect the nutrient content of food, making it difficult to evaluate in a large review study. These include type of soil, location/environment, season, when the produce was picked.

If something is labeled organic, is it always a healthy choice?

Not necessarily. While organic foods are usually less processed, have fewer additives and are chemical free, there is no shortage of organic junk food. Consuming large amounts of sugary, processed, high fat foods is unhealthy, whether it is organic or conventional, especially if you are overweight or obese.

What’s a shopper on a budget to do? 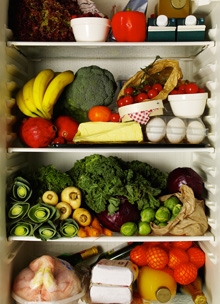 If you want to buy organic foods, but cash is tight, prioritize your organic purchases. Choose organic for the foods containing the highest amount of chemical residue, and choose conventional foods for foods with the least residue (many of these have thick skins). Check out them Environmental Working Group’s list of the dirty dozen and the clean fifteen. If you cannot afford to purchase any organic foods, you should not avoid fruits and vegetables altogether. Experts agree that the health benefits from eating fruits and vegetables far outweigh the risks of eating foods with safe levels of pesticide residue. Personally, I try to only eat organic animal products, and try to avoid dirty dozen conventional foods as much as possible. That being said, when I am in someone else’s home or at a restaurant, I do not worry about whether or not it is organic.

Here are 6 tips on buying organic foods on a budget: