We are thrilled to announce a call for nominations for the 2020 awards!

The Pancreas Center has been entrusted by the Siegel family to identify the investigator, or team of investigators, who has had the most impactful contribution to the understanding/treatment/advancement of pancreatic cancer over the past year. The paper can be in any field of pancreatic cancer research, including but not limited to basic biology, population biology, public health, and/or translational science. Not only must the investigator have a track record of high-quality work in this field, but also must have contributed to our understanding of pancreatic cancer in the past year, and will continue to do so for years to come. We welcome re-applicants from previous years.

If you know of a candidate, inside or outside the Columbia community, please complete the below nomination form and e-mail it to this address sw2874@cumc.columbia.edu. The members of the Ruth Leff Siegel Award committee will select an awardee outside of Columbia who will receive a $50,000 cash prize. A second award of $25,000 will recognize a faculty member within Columbia. The application deadline is August 7, 2020.

Send all inquires to: 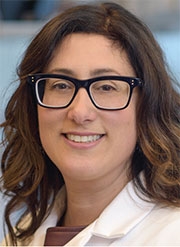 Christine Iacobuzio-Donahue, MD, PhD, is a board certified Anatomic Pathologist with specialty training in gastrointestinal pathology and cancer genetics. She currently serves as the Director of the David M. Rubenstein Center for Pancreatic Cancer Research at Memorial Sloan Kettering Cancer Center (MSKCC) in New York City and holds the David M. Rubenstein Chair in Pancreatic Cancer Research. Her laboratory focuses on the evolutionary biology of cancer with efforts ranging from translational pancreatic cancer research, to cancer risk in association with human evolution, to fundamental studies of the relationship of multicellularity to carcinogenesis. Her lab is proficient in a variety of models and methods, including a heavy reliance on genomic and bioinformatics analyses of human primary and metastatic pancreatic cancer tissues obtained from rapid autopsies, mouse models of pancreatic cancer evolution, and, most recently, development of a long-term evolution system for functional analyses of clonal evolution and mechanisms of adaptation. She is the recipient of an R35 Outstanding Investigator Award, serves as Co-PI of the MSKCC Human Tumor Atlas Network (HTAN) grant to establish three dimensional maps of human pancreatic and lung cancer, as well as maintains a collaboration with the American Museum of Natural History funded by the Kleberg Foundation to develop novel tools and analytics for the evolutionary biology of cancer. 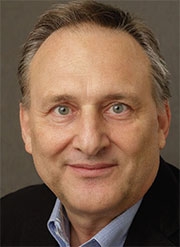 Andrea Califano, Dr, is the Clyde and Helen Wu Professor of Chemical and Systems Biology at Columbia University Irving Medical Center, the Founding Chair of the Department of Systems Biology, and Director of the JP Sulzberger Columbia Genome Center. He also holds appointments in the Departments of Biochemistry & Molecular Biophysics, Biomedical Informatics, and Medicine. He was originally trained as a physicist and has applied physics-based approaches, including extensive use of information theory principles, to the reverse engineering and interrogation of gene regulatory networks to systematically and efficiently identify key tumor checkpoint modules, whose aberrant activity is necessary for tumor viability. This has resulted in several clinical trials, including a very innovative N-of-1 study for precision cancer medicine. Dr. Califano has received several awards and recognitions, including the NCI Outstanding Investigator Award; Fellow of the AAAS, and of the NY Academy of Medicine and Academy of Science; and Member of the National Academy of Medicine. He is also the Co-founder of DarwinHealth, Inc.