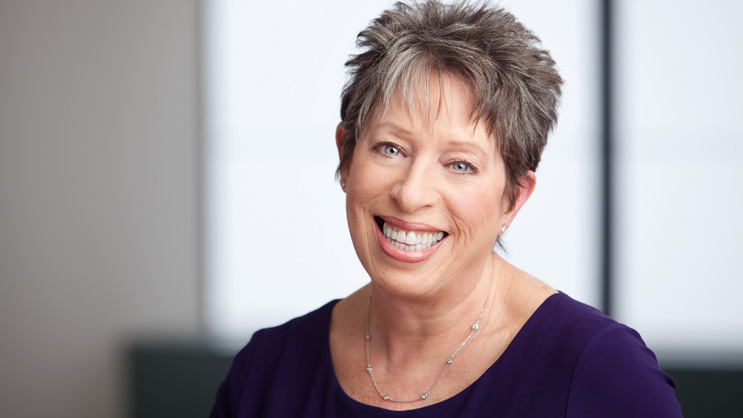 What does ‘paying it forward’ mean to you?

For Susan Harris, it means sharing her story here, so that it may help reassure others who face similar circumstances.

For several years, Susan suffered from kidney stones and pseudogout, a painful form of arthritis caused by excess calcium in the cartilage. Her blood tests showed normal results at first, but her calcium levels gradually crept above normal ranges, indicating her parathyroid glands might be overactive.

She saw Dr. John Bilezikian, Chief of the Division of Endocrinology at Columbia University Medical Center, who confirmed Susan had primary hyperparathyroidism. Her parathyroid glands were producing too much parathyroid hormone, causing high calcium levels as well as the associated problems of kidney stones and pseudogout.

Dr. Bilezikian referred Susan to Dr. James Lee, Chief of Endocrine Surgery and Co-Director of the Parathyroid Program. After careful imaging through CT scans, Dr. Lee recommended surgical removal of Susan’s hyperactive glands. Susan says, “I felt both confident and comfortable with Dr. Lee performing the surgery as he was recommended to me by multiple doctors from various other institutions. Not only did he have a great reputation, but I just knew in my heart I was in the right hands.”

When Susan arrived for surgery the morning of January 20, 2016, she was particularly apprehensive about having general anesthesia.  She had had a severe reaction to it during a previous surgical procedure at another hospital.

The anesthesiologist called Susan the night before her parathyroid surgery and assured her the team had been alerted to her concerns and would do their utmost to administer an anesthesia that would be as tolerable to her as possible. “On the day of the surgery they checked me in quickly, right when they said I should come in. While I was getting prepped for surgery, Dr. Lee and the anesthesia team all spoke to me prior to going into the operating room. They were efficient, caring, and so understanding,” says Susan.

As promised, Susan did not get sick from the anesthesia. Her surgery went like clockwork: Dr. Lee removed 3 ½ of the four parathyroid glands through a 1-inch incision discreetly placed in a fold in Susan’s neck. At less than one month after surgery, her blood levels of calcium, parathyroid hormone, and vitamin D are all normal, meaning her kidney stones and pseudogout should remain a thing of the past. Her scar is not visible, and “According to Dr. Lee, I am 98% cured,” says Susan. “I feel like a million dollars and am eternally grateful to everyone at Columbia.”