Persistence Pays off for Lucien Zito and His Family 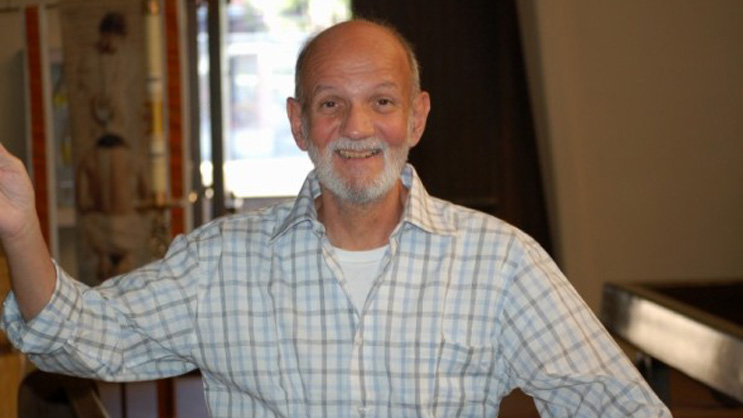 For Lucien Zito, the process of finding appropriate treatment for his pancreatic cancer was a strenuous and protracted ordeal, adding to the stress of the diagnosis. Fortunately for this energetic 65-year-old former real estate developer, he was able to draw upon a loving and supportive family and substantial inner resources for support.

Mr. Zito's initial diagnosis and treatment proceeded with starts and stops. His first symptom, a rash, appeared in March of 2007 and was followed by the passing of dark-colored urine. He visited a gastroenterologist in Brooklyn, and on the urging of his eldest son, Michael, another physician, in Manhattan. Yet another specialist was required to identify the source of his symptoms as his pancreas. In late April, Mr. Zito visited a surgeon and underwent surgery. After the operation, the surgeon called Mr. Zito's wife, Marie, and the couple's two sons into a consultation room and told them he had discovered a tumor which he was unable to remove. Marie pressed him for a prognosis, and was told her husband had less than two years left to live. "He told us they couldn't do anything else. Just chemo," Marie remembers, "It was devastating."

The family responded to his prognosis with hope and persistence. Working together, they scoured the Internet, spoke about the situation to anyone who knew anything about pancreatic cancer, and consulted surgeons on both coasts. Meanwhile, Mr. Zito underwent chemotherapy at Sloan-Kettering to shrink the tumor. He had no side effects. "I handled the chemo like a piece of cake," he says.

Finally, that September, the Zito family's search brought them to the Pancreas Center and a consultation with surgeon Dr. John Chabot. "My son, my wife and I liked him immediately," he says. "I remember my son being so moved that he came right out and said to me, 'This is the man. This is the man who is going to do it.'" Dr. Chabot told the family the tumor could be removed. "He said to me, 'I can get this out, it's not even that big, '" Mr. Zito recalls." Even today I get tears in my eyes, he was the first man who gave me any kind of hope since this started."

On October 2, Dr. Chabot performed the nine-hour operation. The tumor had attached itself to a pancreatic vein, which Dr. Chabot replaced with a vein from Mr. Zito's neck. "I was told it can't get any more dangerous than this," Mr. Zito says. "Before the surgery, Dr. Chabot told my family that if the tumor was on an artery, or if the cancer had metastasized, he would have to close me up without removing it. He said there was a 20 percent chance I wouldn't survive if the tumor was adhering to the super mesenteric artery."

Instead, a few days after the procedure, Dr. Chabot came to Mr. Zito's hospital bed to deliver good news. "He sat down and said to me, 'All of your tests came back clear, I see no sign of the cancer,'" Mr. Zito recalls. "It's like a miracle. I don't remember what I said, but I was all choked up."

After his surgery, Mr. Zito started a course of chemotherapy that made him intolerant of cold temperatures; fortunately the couple were able to escape the New York winter to their second home in Jupiter, FL. He and Marie went in December to complete his chemotherapy, and the final round was finished in March, 2008. By April, Mr. Zito had regained most of his strength and digestive functions. The only significant side effect of the treatment was a hernia. As of this writing, Mr. Zito has scheduled hernia repair surgery, and plans to pursue immunotherapy (cancer vaccines) to try to help prevent recurrence of the cancer.

Mr. Zito, an upbeat man with a vibrant demeanor, wants to share his stories of a successful fight against pancreatic cancer with others for one main reason. "Dr. Chabot and his staff gave me hope," he says, "and I think that is one of the most important ingredients in facing the disease and getting through the treatment."