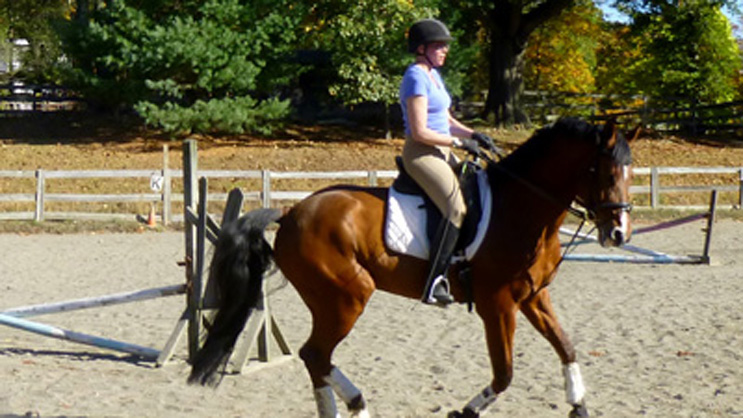 "Stage IV." As always, Dr. Sherman didn't mince words. I was 51 years old and already several weeks into chemotherapy treatments for pancreatic cancer when I finally asked him exactly what stage my cancer was. Of course I knew the diagnosis — and that it wasn't all that early, but I certainly didn't expect to hear it hadn't been caught as early as I had hoped and assumed. I had never had any health issues at all — ever. My grandparents lived well into their 80s and 90s and my parents are in their 80s now and for the most part healthy and vibrant. And really I felt fine...it all just seemed so implausible and surreal.

Two months earlier, I had gone to my General Practitioner to address persistent heartburn. She was unhappy to see me in her office for this. In the 10 years as her patient, she'd never seen me for anything other than an annual physical; so although she thought a course of prescription antacids would likely address it, she sent me for a sonogram "just in case." My thought at the time was "Seriously, what's the worst it could be...cancer?" Right.

She had the results the morning after I had the sonogram: a suspicious cyst on the tail of my pancreas which led to a CT scan. Again, she had the report the next morning. It was "very possible" I had pancreatic cancer. She told me on no uncertain terms that the next call I was to make was to Dr. Chabot at The Pancreas Center at Columbia University Medical Center, and to not even think of going anywhere else.

With that report, in my heart I knew that pancreatic cancer was more than a possibility; it was a fact. I knew there would be no hallelujah moments from Dr. Chabot, so there were no shocked tears in his office. I told him that as far as I was concerned there was only one option: we had to fix it. Naive perhaps, but there was no "Plan B." I was not leaving my family and friends behind and I wanted the most aggressive treatment possible. With that, he introduced me to Dr. Sherman who would be my oncologist, and his nurse practitioner, Kyung Chu.

Those initial consultations led to an MRI, a diagnostic ultrasound and biopsy of the tumor in the body of my pancreas (positive for cancer) and surrounding lymph nodes (also positive), a biopsy of suspicious lesions on my lung (inconclusive) and the implantation of a port for chemotherapy treatment. I started chemotherapy almost exactly one month from that initial appointment with my GP. It was a whirlwind in hindsight, but an agonizingly long month at the time.

The Plan: 6 - 8 cycles of chemotherapy (GTX - Gemcitobine, Docetaxil & Xeloda), with the hope that the suspicious lesions on my lung would reduce or disappear entirely, and that tumor on my pancreas would shrink enough to allow Dr. Chabot to remove it.

I trusted "my" team implicitly – Dr. Chabot, Dr. Sherman, Kyung and every nurse, orderly, technician, assistant and receptionist. I felt cared for and cared about – their warmth and calm confidence certainly made that trust come easily.

Someone from my family joined me for almost every treatment day. We laughed a lot, we asked questions a lot, but I never ever doubted the direction we were taking. I just knew I was in the best hands in the world and I trusted them quite literally with my life.

I wasn't angry, and I never asked "why" I was the one with this diagnosis; it is a question without an answer. Getting the best treatment available while living my life as normally as possible was my job; it never occurred to me that there was any other way. It was a challenge, particularly when the effects of the chemotherapy were at their worst, but for cancer to be something that I let take over my life meant, to me, that I would have less of a chance of surviving. And if cancer was going to win, I planned to go down swinging.

I won't say I sailed through the chemotherapy – I was bald, my eyes teared uncontrollably, my hands and feet went through cycles when they peeled and were painfully tender, making it hard to button my clothes or even to walk some days (thank goodness my office didn't mind my black house slippers) – but other than treatment days, I didn't miss a day of work and continued to ride horses and motorcycles, do yard work, cook and pretty much everything else I would normally do – most of the time.

My scans three months after the start of treatment showed that the tumor was responding well; subsequent scans continued to show significant reduction in the tumors and I was scheduled for surgery six months and eight chemo cycles after diagnosis. Dr. Chabot was ecstatic that after removing 2/3 of my pancreas, forty-two local lymph nodes and my spleen, the pathologist reported that the surgical margins and lymph nodes were all "clean." Three and a half weeks after surgery I was back at work, and four weeks after that I was riding horses again.

We decided to embark on four more rounds of chemo starting one month after surgery as a bit of an "insurance policy." By the time I finished the last treatment in mid-July 2013, I had become an official member of the one-year survivorship club.

I gradually recovered from the side effects of the chemotherapy; as my body as returned to normal, I've been surprised to realize the impacts it had but also the resilience of my body to take it and recover from it. I've been fortunate that I have no lasting effect from the surgery; I need a daily Prilosec to keep stomach acid at bay, but my blood sugar and digestion are completely normal.

In subsequent blood work and scans, NED ("No Evidence of Disease") has continued to be my very best friend as I look forward to a very, very long relationship with everyone at The Pancreas Center. Since my diagnosis and treatment, a surprising number of friends have called me with the news that someone in their lives, close or far, family or colleague has been diagnosed with Pancreatic Cancer. My advice is always the same: call Dr. Chabot and don't stop living.