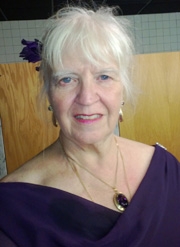 It was the summer of 2008, I was 64 and we had just purchased a tiny lake cottage on Kayuta Lake between Ithaca and Watkins Glen, NY. I was beleaguered by consistent diarrhea and had the water rechecked to see if the well water was contaminated which was not the case. A colonoscopy in the Fall showed nothing and I was told to eat more fiber. That Winter I developed floating clay colored stools. An internet search found two possible explanations — Celiac Disease and Pancreatic Cancer. My grandmother had died of the latter but I hoped for the former. Since I had a total thyroidectomy 4 years earlier for thyroid cancer I deluded myself that I couldn't be unfortunate enough to have another cancer and pancreatic cancer at that.

By then it was Christmas season and we went to a festive party. I woke up the next morning itching from neck to toes. I thought it was a food allergy but it never went away. Topical and oral histamines had no effect. My local doctor ordered blood work, probably because besides the itch I was also becoming quite jaundiced. It showed liver problems. A subsequent appointment with the gastroenterologist and a CT scan determined a mass on my pancreas. I was diagnosed December 28, 2008.

My research had indicated better success with surgeons who performed many Whipple surgeries. I searched the Internet for surgeons who were experienced in pancreatic cancer and although New York was a 4 hour drive it seemed the best choice for me, certainly closer than Boston or Baltimore. I found the Pancreas Center's web page which really impressed me with its wealth of information and the interdisciplinary approach. As a geriatric social worker those things were important to me. I scheduled an appointment with Dr. John Chabot. The itching, which I called "the unbearable itch of being" was constant. I would take scalding baths during the day and packed ice bags around me at night to distract me from the pruritus. I was scheduled for ERCP with Dr. Amrita Sethi and 2 attempts at stents failed so my Whipple surgery was scheduled at the end of January. It was the only thing that relieved the itch and after 6 weeks I was at wit's end.

NewYork-Presbyterian Hospital/Columbia University Medical Center was wonderful for us because they had a few guest rooms available for family of patients therefore my husband, who is quite frail, could stay, visit me at various times during the day and then go back to rest. It relieved much of my anxiety for him. It would have been so difficult for him otherwise. I'll never forget that February day when my hero, Dr. Chabot with a sad look told me that unfortunately a lymph node also showed evidence of cancer. My diagnosis: stage IIb locally advanced adenocarcinoma of the pancreas.

An infection developed after returning home following the Whipple surgery and I was hospitalized for 2 more weeks in Ithaca, too sick to return to NYC. Soon I was home again and eventually food started tasting normal again and I regained my strength. My chemotherapy was at Guthrie in Sayre and my then oncologist consulted with the Pancreas Center. Although it is a journey and has been some time I still like to return to New York to see Dr. Chabot because I believe he is the reason I am still alive more than four years after diagnosis.

As a realist I know the devastating statistics and have made major changes in my life. But I am living and feeling very well. Hope and love are amazing medicines and keep me positive. I once heard that only GOD determines when we are at the end of our rope and I haven't gotten there yet. On Valentine's Day 2013, 4 years and 16 days post Whipple I was fortunate enough to see my daughter married. I wore purple!