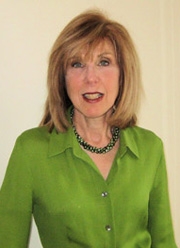 It all started with my yearly routine visit to my OB/GYN in May of 2012. After my check-up, which was just fine, my doctor came back into the room and mentioned that there was a microscopic trace of blood in my urine. She suggested that I "check this out further." I went home and googled 'blood in urine,' and decided to call a urologist. My bladder and kidneys were fine, but there was still a microscopic trace of blood in the urine. The urologist ordered a CT scan. Upon my return visit I was stunned to learn that the CT scan showed a mass lodged in my abdominal wall. He explained that it was quite large at 12 centimeters. We were both very surprised by this, as I had no pain or symptoms at all! He suggested a gastroenterologist and I contacted Dr. Vasudha Dhar, an expert who has a practice in NJ where I live. She confirmed this large mass and recommended surgery. Dr. Dhar is also on the staff at NewYork-Presbyterian/Columbia (how lucky for me!!) and she recommended a surgeon.

One week later, my husband Barry and I were sitting in my surgeon's office at NYP/Columbia. The mass was confirmed. My surgeon carefully assessed my situation and determined the surgical approach that would be the most effective for the removal of this mass, which may be connected to other organs. We were confident in her assessment, and surgery was scheduled for the following week.

The only time I was in a hospital was when my three sons were born. At age 63, and fortunately in very good health otherwise, I was very anxious about the forthcoming operation. However, my confidence in my surgeon and the reputation of NewYork-Presbyterian kept me focused.

The day of surgery, Tuesday July 24, 2012, was very well coordinated and everyone on the team was wonderful.

The surgery was a success! The mass, which included a cyst and pseudocyst of the pancreas, was removed along with the spleen and the tail of the pancreas. I was in very good spirits, but just hearing the word 'pancreas' brought me to a panic state. My surgeon was very calming and positive as the intial biopsy samples, in her opinion, appeared to be ok. However we would have to wait for all the sample tissues to be tested at the lab. I went home four days later, on Saturday July 28, 2012, as a result of the skillfull surgery and the wonderful post-operative care given in the hospital by the team.

Upon my discharge from the hospital, my surgeon said that the results of the biopses would be ready when I would go for my two-week post-operative check-up. She was going away on vacation, so I was scheduled to see another member of the team. However one week later, she called.

"Hello Regina. Don't get nervous, I have GOOD NEWS! The biopsies were negative." I was so touched that she called me while on vacation. She got the report and did not want me to have to wait another week for the results.

My cyst and pseudocyst had been removed before becoming cancerous. I could not help, with a crying voice, letting her know she was "my angel."

Upon her instructions, I did go for my post-op checkup. She had prescribed a series of inoculations due to the removal of my spleen. The team was waiting for me at this visit and all were so happy to see me.

My recovery was rough but I was determined to get back to my normal life. Now, seven months after surgery I feel very lucky to have had all the angels guiding me to NewYork-Presbyterian.