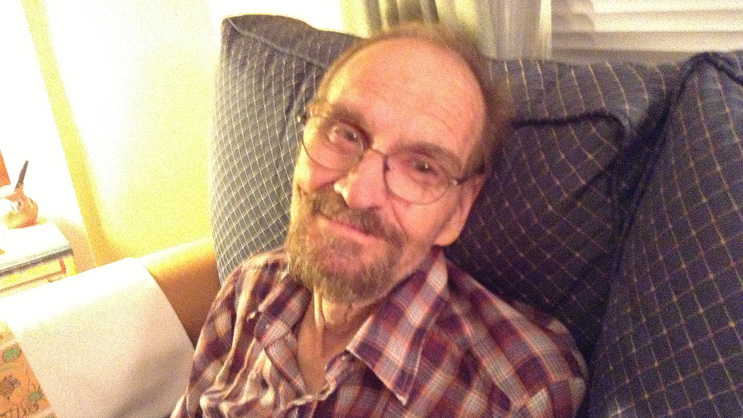 In February of 1999 Robert Lawton began having gastric discomfort accompanied by itching. Within the next few days he developed severe jaundice and suddenly became very ill. After visiting his primary care physician, a CT of his abdomen revealed a lesion at the head of the pancreas and, ultimately, the diagnosis of adenocarcinoma. It was at this point that Robert came to Columbia University Medical Center to see Dr. John Chabot, the director of the Pancreas Center. Robert's pancreatic cancer was caught early on while the growth was still small, making him an excellent candidate for the Whipple procedure. After a successful Whipple, Robert was cured of pancreatic cancer, but his story does not end there.

In 2005, calcium deficiency caused Robert to develop osteopenia. He broke three vertebrae and after their removal, lost of six inches of height. Robert Lawton is a fighter. Despite his disability he still finds time to engage in the activities he loves, such as cooking and gardening. He has been enjoying life and is happiest about being able to spend time with his grandchildren.

Robert considers himself very lucky. He advises those with a similar diagnosis to seek help quickly from a skilled surgeon, such as Dr. Chabot, because it could save your life. Robert was confident that he was receiving excellent treatment from the experts at the Pancreas Center, which allowed him to remain positive and hopeful for the best possible outcome. Moreover, he emphasizes that he is not just pleased with the physicians and nurses at the Pancreas Center, but also the entire staff. Specifically, he is very happy with the addition of a nutritionist to the Pancreas Center team, because he felt that at the time of his surgery more nutritional information and guidance would have been helpful.

Nutrition counseling is a free service offered to all patients of The Pancreas Center. Those who have pancreatic or gastrointestinal disease often encounter problems with their eating or maintaining weight. Deb, our clinical nutritionist, will assess your individual needs and develop an eating plan that suits you. Please contact our clinical nutritionist, to set up an appointment: