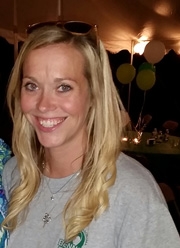 My "Story of Hope" has only really just started. On July 1, 2014, I went to the local emergency room with severe back and abdominal pain. I was told there was a large mass on my liver. I thought, yeah sure doc whatever you say. I left the ER and was told to call the GI for a follow up. I met with the GI the very next day and was told the only way to know if it was malignant or not, was to have a liver biopsy done. I had the biopsy done on 7/7/14. That was one of the most painful procedures I've had done. I remember laying on the gurney, gripping the cold metal bars thinking to myself, ‘this could be worse. I could have cancer. How do people do this?' Two days later I got the dreaded results on 7/9/14. No one wants to be called at work by the doctor's office and told the doctor wants to see you and today. We all know what that means. I left work early and met my husband there. There are certain things you'll never forget. I clearly remember the light green scrubs and white clogs the doctor was wearing. He sat down on the stool and wheeled himself in front of me while I sat on the exam table, my husband in a chair across from me. He was straight and to the point. "It's malignant", he said. My world came to a halt. My worst case scenario came true. I had cancer. "What hospital do you want to go to for treatment?" he asked. I said some local hospital that I heard had a good reputation in our area.

After that was a whirl wind. I had a colonoscopy, endoscopy and PET scan. I hadn't heard back from the local hospital and the GI called someone he knew in the area and called me back minutes later. He said call Dr. Kluger and Dr. Oberstein right away.

By the grace of God I ended up at Columbia University Medical Center New York- Presbyterian. When I met Dr. Kluger I instantly knew I was in the right place with the best doctor. My parents, husband and I were more than confident in his skills. Dr. Kluger took the time to go over all of my test results and scans with us. He answered our numerous questions. It even became an ongoing joke during my follow up appointments. "Where's the list of questions?" he'd ask. I never doubted his ability. I still don't. Not until my follow up a year later did I truly understand the severity of my situation and the seriousness of this cancer called, Cholangiocarcinoma.

Dr. Kluger is the doctor you want on your side. He has the traits everyone wants in a doctor. He is incredibly knowledgeable, honest, up front but kind and humorous. He made us all feel at ease before surgery, during recovery and after. All of the staff including my oncologist, Dr. Oberstein are amazing. They don't make you feel rushed or like just a number. I am forever grateful for them and especially Dr. Kluger, who in all reality performed lifesaving surgery. Without surgery I may not be here right now. I did 6 months of chemo following my liver resection. Not a day goes by that I don't have to reassure myself that I was fortunate enough to have surgery with clean margins and no lymph node involvement. The 32 staples and incision that left me with a scar I was once afraid of, is my battle scar and I'm proud of it.

Update: My scan from 2/8/16 has shown that the cancer has spread to both the lungs and liver. My next step is a clinical trial. My boxing gloves are laced up and I'm ready for the next round. I feared this day would come. However, I will continue to do whatever is I have to do to win back my life, inspire others and give them hope.

My "Story of Hope" could go on and on. I want people to know that even if you are diagnosed with a rare form of cancer and an often deadly cancer, don't give up. Find a team of doctors you trust and are comfortable with. Don't be afraid to ask questions or question their plans.

For more of Sarah’s story please visit her blog on The Cholangiocarcinoma Foundation web page.