A New Way of Approaching the Aorta: Bringing Cardiac and Vascular Surgeons Together 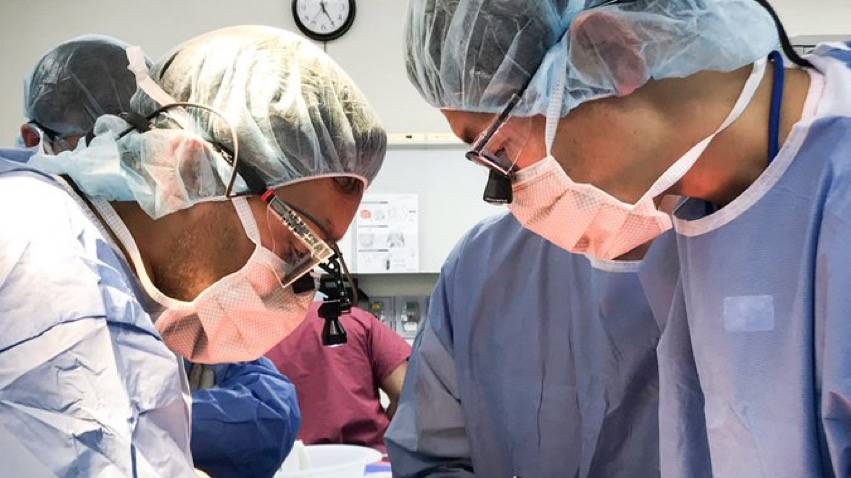 Open heart surgery refers to a procedure that cuts open the chest to operate on the heart tissue. Endovascular surgery is less invasive, opening a small incision in the body, often the groin, to access the blood vessels for repair. Cardiac surgeons specialize in open surgeries; vascular surgeons, in endovascular surgeries. At least, this is the old school way of thinking that Virendra Patel, MD, MPH and  Hiroo Takayama, MD, PhD at the Columbia Aortic Center at New York Presbyterian are trying to debunk.

“The aorta is a single organ. No one really thinks of it as a single organ but it [can be] diseased all the way throughout,” says Dr.Patel, Co-Director of the Aortic Center and Chief of Vascular Surgery at Columbia.

The aorta, the main artery in the human body, spans from the aortic valve in the heart all the way down to the groin, where it becomes the iliac arteries. Throughout its length, the aorta shoots off branches of arteries that deliver oxygenated blood to the entire body.

“When working as individual specialists, we wind up in isolation treating certain aspects, but never think of the entire aorta as an organ that’s going to have disease,” says Dr. Patel.

The diseases referred to being most commonly aortic aneurysms—weakenings in the walls of the aorta—and aortic dissections—tears in the lining of the aorta that allows for blood to leak into the lining space. As pressure builds up from the fluid collection, the aorta may rupture, potentially leading to death.

Dr. Takayama, Co-Director of the Aortic Center and a cardiothoracic surgeon at Columbia, agrees that aortic surgeries benefit from a multidisciplinary approach. “Frequently, proximal lesions [of the aorta] require open surgery. But aortic disease is continuous, to beyond the distal arch and descending aorta.” 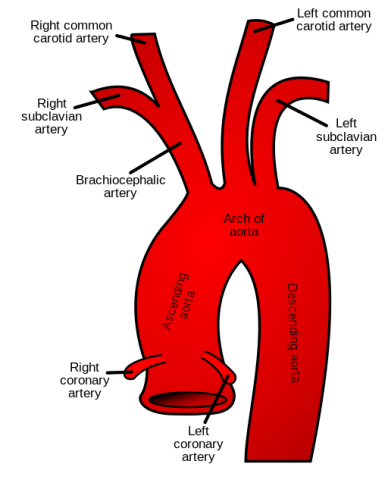 Because parts of the aorta—the valve, root, ascending aorta, and aortic arch—are close to the heart, they benefit from the open chest technique employed traditionally by cardiac surgeons. But for patients with complex aortic disease that spans the length of the artery, the downstream areas of the aorta benefit from the minimally-invasive, endovascular technique employed by vascular surgeons.

One solution was to merge the two worlds of cardiac and vascular surgeries.

“The cardiac surgeon, myself, and the vascular surgeon, Dr. Patel, scrub together for the patient who has extensive aortic disease,” says Dr. Takayama. “For instance, when we do an aortic arch surgery, I take care of the big part of the aorta and Dr. Patel will take care of the head vessels.”

The comfort with which these two surgeons combine their surgical approaches likely stems from their unique training backgrounds. Dr. Patel trained in the era where aortic surgeries were transitioning from open surgery to endovascular repair, with the advent of stent technology, and so had to learn both methods.

“I’ve taken my experience based on my training…to a level where I’m pushing the envelope in the direction towards the kinds of things that Hiroo [Takayama] does,” says Dr. Patel. “And Hiroo obviously has been interested in aortic work and has been doing a lot of it…and so we came together and said well, let’s do this in a way where we’re not competing for patients: we’re offering patients every possible option. We can do things together that we couldn’t do individually.”

Having trained and operated at many hospitals, Dr. Patel notes that while the working environments have been collaborative, the surgical philosophy has not always been a combined one. Usually, one team of surgeons will operate, then hand off to the other team. Dr. Takayama and Dr. Patel, however, will often operate together at the same time.

“[The combined approach] has been a really successful recipe,” says Dr. Patel. “You can’t come to the table saying, ‘Well, that’s not the way I do it.’ You have to be open-minded and also be comfortable with what you’re capable of doing so that it’s not an ego issue or not a turf issue. It’s really about, ‘What does the patient need and how can we give it to them?’”

For Dr. Takayama, having two surgeons’ brains in the room is a benefit. “What’s been extremely helpful, especially for patients, is that before the surgery [Dr. Patel and I] talk about what to do and how to do it. Then during the surgery, we adjust our plan as we go, based on the conditions and difficulty of the procedure.”

Communication between two separate teams takes time and can sometimes lead to delays in management but is a crucial part of treating patients with medical issues that require multiple specialists’ input. For Dr. Takayama, the benefit of operating in the same room as his colleague from vascular surgery means that the plan is evolving in real-time, depending on the patient’s needs.

“We just had one of these cases [of aortic dissection repair],” says Dr. Takayama. “We had to redo the arch and the root, and it was a very long, complex operation. [Dr. Patel] scrubbed in during the critical part of the operation and he took over the reconstruction of the head vessels, and we talked about how to do the arch part—that kind of dynamic collaboration blows my mind.”

Not only does having two surgeons in a room help shape the plan, but having two pairs of expert hands also makes the procedure more efficient.

“The time you take to do the operation is actually a big predictor of how the patient is going to do after the fact,” says Dr. Patel. “So for me, having [Dr. Takayama] in the room for almost most of these complex cases is very beneficial because he understands that time is of the essence.”

“A lot of the techniques that [Dr. Takayama] employs for arch work, that I wouldn’t have thought of for thoracoabdominal work, is really good,” says Dr. Patel. “For instance, we had a patient recently where we were doing an aneurysm that was huge, and we were planning on reconstructing all of it. But just as we started working…the patient started showing signs of developing complete paralysis, and so we had to midway kind of stop. Also, [the patient] was having some heart dysfunction…We winded up converting [the procedure] by doing an open graft…but we used a device that [Dr. Takayama] normally uses for the arch…We basically sewed the [graft’s] cuff to the aneurysm…where I would have never even thought of that because I would have never used that graft.”

Dr. Takayama is quick to note that while their combined surgical approach is unique, it is a style that can be adopted by other surgeons. Dr. Patel agrees, “As long as both parties bring the right skill sets to the table, then I think it would work.”

Lastly, Dr. Patel emphasizes that the unique work they do is only possible because the hospital system—the anesthesiologists, the operating room technicians, and ICU staff—can support their patients. “We work in a system that can handle the stress that we’re putting on them…The system itself has to be built around what you can do…so there are not just surgeon-based factors that lead to better outcomes.”