From ASTS What’s Your Perspective? A Transplant Surgeon’s Story of Surviving COVID-19 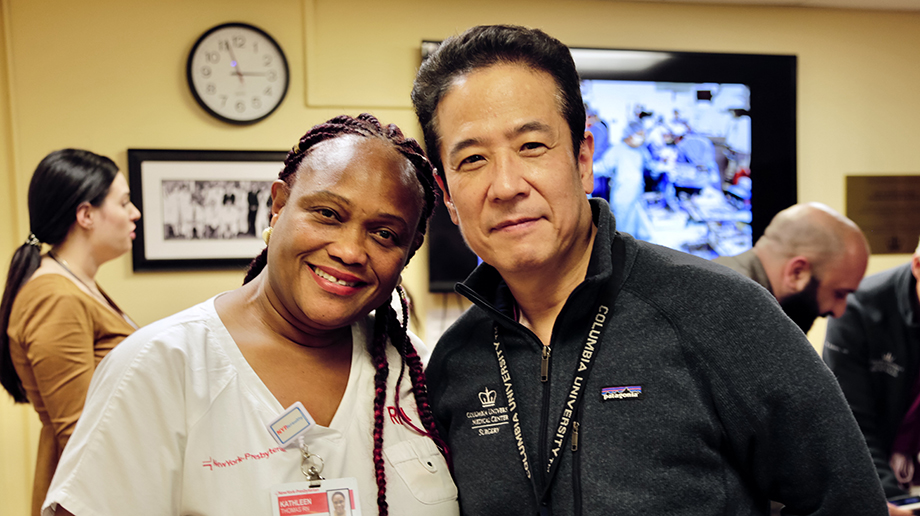 This essay was first published in the American Society of Transplant Surgeons (ASTS) magazine Chimera.

Throughout my career, I have been challenging the status quo and trying to come up with new strategies to solve problems. This is probably not unusual in a transplant surgeon’s mentality. We all fight for the state that was once considered incurable not too long ago. Since the field is relatively new, there is still room for innovation. My routine surgeries are liver transplant and hepatobiliary surgery. I have personally performed more than 1,000 liver transplants, which I never thought that would become my single most performed surgery when I was a surgical resident (I thought appendectomy or cholecystectomy would be the one….).

Liver transplant never bores you; you always find something new every time. But I’ve also taken on further challenges. The first was multivisceral transplantation; I learned this in Miami under Dr. Andreas Tzakis, who was the pioneer of this procedure. We spent countless hours trying to perfect the procedure, and now we witness patients who underwent transplant in their childhood becoming adults and having productive lives. Another one was ex vivo surgery. I started to do a few cases in Miami and further developed this procedure to the current level with the help of Dr. Jean Emond and colleagues after moving to Columbia University in 2008. Now we are seeing survivors past 10 years from ex vivo procedures.

This year I have faced a very tough challenge, distinctly different from the ones I have had in the operating room. When we were told to prepare for the  COVID-19 crisis in mid-March by the New York State leadership, we were still fully operational in our transplant programs, but we were not wearing proper PPEs. About a week after performing a living donor liver transplant, I started to feel sick. I immediately knew this was not the regular flu because the level of muscle pain was something I’ve never experienced before. But I was still in a bit of denial. I even tried to set up a multivisceral transplant for a child because the organs offered were perfect size match (matching the size is a key to success in multivisceral transplant). The patient’s family declined the offer due to the COVID situation, and soon after I learned that I was positive for COVID-19.

The first few days after the diagnosis, I stayed home taking hydroxychloroquine and azithromycin. My oxygen saturation was about 94 to 95%, but I had no shortness of breath. One day, I was taking a shower and suddenly I developed a hacking cough due to the humidity. My saturation dropped below 90% and I decided to go to my hospital. The first day in the hospital I was stable with oxygen. I had no idea what I would be facing in the next few months.

My respiratory status deteriorated overnight and I was moved to ICU for intubation. As is the case with many COVID patients, I was in a “happy hypoxia” state. Even a few minutes before intubation, I was able to text my friends. As a matter of fact, I texted a transplant anesthesiologist to come up and intubate me, which he did.

I was totally sedated for the next 3 weeks on a mechanical ventilator with no recollection of what was going on. What I describe from here is what I heard from my colleagues. My inflammatory parameters went through the roof over the next couple of days. My CRP value was over 90 and ferritin level, which is known to correlate the severity of the COVID, was over 9,000. I received Tocilizumab and was started on Remdesivir. I went into septic shock due to gram negative bacteremia; I was put on full pressor support and then started on ECMO and CVVHD. It seems that ECMO stabilized me. I came off ECMO in about a week and was weaned off the ventilator the next week.

All of my colleagues scrambled to help me. Hepatologist colleagues spoke to the pharma to get the medicines for me and surgeons and nurses underwent blood tests to be plasma donors for potential convalescent plasma therapy. Our transplant ID specialist was on my case all the time directing the care. Junior surgeons who I trained spent many hours at my bedside giving me company when I was having an emotional breakdown struggling with PTSD. My NP, PA, pediatric transplant specialist, and OR nurses came to my bedside taking turns to ensure my recovery. I survived because of them, and I just can’t thank them enough.

Soon after the extubation, I was found to have intracranial bleeding. For that I was transferred to the neuro intensive care unit. There were a couple of small parenchymal bleeding with septic emboli and subarachnoid bleeding. It is most likely from anticoagulation of ECMO, but could have also been from COVID itself. I underwent a cerebral angiogram and it showed no abnormalities. Then, I was transferred to neuro step down unit and then the rehabilitation unit.

I gained consciousness when I was transferred to neuro step down unit. I remember the morning I woke up and saw Hudson River from the window, and the nurse told me that I was in New York, Columbia University Medical Center. Until then I was dreaming all the time. I don’t know at which point I started dreaming, but those dreams are so vivid that I can still describe them to the detail. I saw a white light. It came from far away and surrounded me. I thought I died. All other dreams were weird ones. One time I was trapped in a conspiracy plot of an artificially created pathogen in a different country.  I was getting sick during the flight coming back from the country and was intubated in the airplane by a young women who was not a doctor or nurse but knows how to intubate because she was involved in the activity of putting people to sleep and infecting those people with the pathogen. When she learned that there was no doctor on the plane to intubate me and I was at a verge of death, she stepped up and helped me. I sent a message over the internet revealing the secret of the country and I was chased by gang mobs. Another time I was a bystander watching the Battle of Waterloo. The day after Napoleon was defeated I was arrested by the coalition army with the suspicion that I was a supporter of Napoleon. I called my lawyer and obtained an “international bystander” status from a court in New York (which was supposed to give me an immunity…).  I made a case with the fact that I was born in Japan and then moved to the U.S. with a busy life as a transplant surgeon; how could there have been time to support Napoleon….? The last one was the one mixed with the reality. This was probably around the time I woke up in the medical ICU and then transferred to the neuro ICU. In my dream, I was in a weird hospital in the Middle East. The hospital was run by nurses who request tips whenever they do things, so they have incentives to keep patients in the hospital. The hospital staff often fall asleep and do not wake up. One time my ET tube got clogged and I was banging the wall for help. They did not come until I was about to faint, so I broke my restraints and extubated myself. Somehow my colleagues were working in the hospital. I was screaming to get me out of the hospital. After screaming all night, I woke up in Columbia Hospital in the neuro stepdown unit.

I stayed a total of 2 months in the hospital and was discharged home. Now I am having outpatient OT/PT and slowly starting to get back to work. I’ve learned a lot from my experience. People told me I would be a better doctor in the end; I think that was true.

When I woke up, I was still on CVVH with a rectal tube and needed to have a feeding tube placed. The first couple of attempts of feeding tube placement were not successful; the tube went to the wrong tract. At that time I had no swallowing function, so to place a tube in the esophagus is harder. I finally got a tube in but I refused the tube for a while, despite the fact that I have persuaded many patients in my life to get a tube without knowing how painful it is.

Soon after the extubation, I could not talk and there were very thick secretions covering my larynx and vocal cord. I wanted to tell the doctors and nurses about it but I couldn’t. It took a while when one doctor finally understood me and put her finger all the way down to pull an almost gum-like material out. I’ve seen many patients trying to verbalize and struggle. I learned that not being able to verbalize clearly does not mean they are not thinking clearly. Some other minor things are, and all who experienced it would agree with me, how terrible the diaphasia diet tastes, rectal tubes for conscious patient is inhumane, air-conditioning of the hospital needs improvement, etc.

The news that I was down with COVID went around the world very quickly. It seems that all transplant surgeons knew it within a week. Some texted me, some sent me an email, and others told me afterwards that they knew. I am so overwhelmed by the support I have had from transplant community. It is so nice to have many friends who care. I take this opportunity to thank everyone who rooted for me.

My illness scared many of my colleagues in the hospital. The hospital was filled with COVID positive patients. My colleagues volunteered to be redeployed to the front line and took care of them despite the shortage of PPE. The Columbia Medical Center ended up becoming one of the busiest hospitals for COVID care. Almost all OR rooms were converted to ICUs, and many other pop-up ICUs were created. Many surgeons became ICU attendings, and the surgical consult service became tracheostomy service (at the peak, we did 20 tracheostomies per day). Now things are slowly getting back to normal.

I am very proud of my colleagues who stood in the frontline, and I am terribly sorry for those who lost their lives to COVID. This has been such an unusual time; it seems it will continue for a while. I hope we get back to our normalcy soon and to our mission to save lives with transplants, and at that time, I’m sure I will be telling my patients, “I know it’s painful because I’ve been there.”