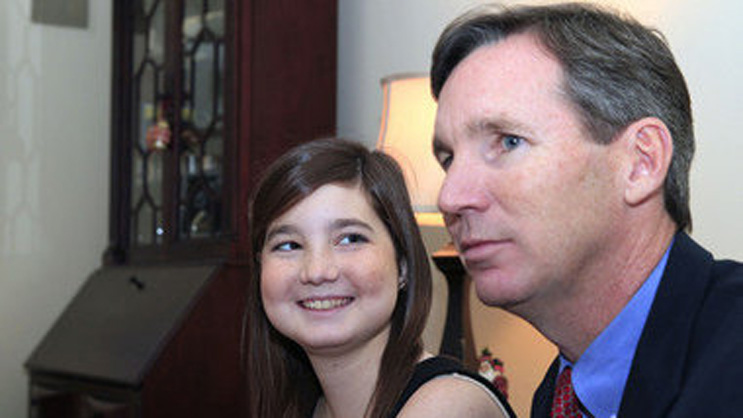 Together with her extended family, 14-year-old liver transplant recipient Elle Haley enjoyed an extra special celebration of the holidays and the marriage of her grandparents.

The year before, she received a portion of her father's liver in what would be a groundbreaking procedure: Benjamin Samstein, MD, Surgical Director of the Living Donor Liver Transplant Program at NewYork-Presbyterian/Columbia University Medical Center, removed the left lobe of Drew Haley's liver using an entirely laparoscopic approach.

Details of the surgery were published in the American Journal of Transplantation in September 2013 along with two similar cases in Europe. Together, these represented the first three fully laparoscopic adult-to-adult living donor procedures documented in the world. Surgeons at the Living Donor Liver Transplant Program have been performing fully laparoscopic living donor transplantation when smaller portions of the liver were needed for younger children, but this was the first case in which a large segment - in this case Drew Haley's entire left lobe — was removed fully laparoscopically.