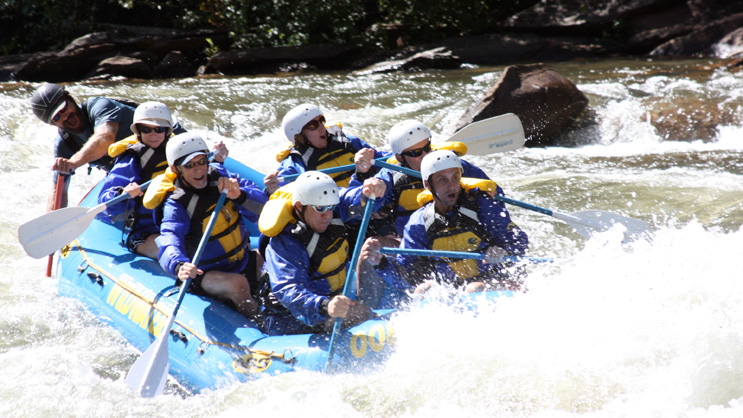 When Mark Sanders suffered a heart attack in October, 2006, it could not have been more of a surprise. Although Mark was HIV positive, his antiretroviral regimen was effective, and he was an active, athletic man who ate well, worked out regularly, led advanced level kayak trips on weekends, and had a successful career in public health in Atlanta, GA. But his heart attack was severe, perhaps due to periodic smoking or perhaps related to his family history of heart disease. Whatever the cause, his left ventricle was completely blocked, and his local doctors did not expect him to live.

But Mark did survive the attack, as well as surgery to place several stents to restore blood flow, and a week later, triple coronary artery bypass surgery. Yet despite those measures, his heart would still need additional support, and he received an implantable left ventricular assist device (LVAD) in February 2008, as part of a study at Emory University Hospital. “After eight months, I was mountain biking again,” he recalls. “I don’t think I would have survived much longer if I hadn’t had the surgery; it was truly my second chance at life.” Indeed, Mark did extremely well – that is, until a simple fall in his home caused a new problem.

When Mark fell in 2010, the LVAD’s drive line (the external power cord) caught on a door handle and pulled the port where the line entered his skin. That fresh wound soon became infected with staphylococcus, a difficult-to-treat infection that recurred six times. Mark grew sicker and was in great pain.

The situation was becoming quite serious for Mark. When staphylococcus adheres to metal surfaces inside the body, those surfaces usually must be removed and the infection treated with powerful antibiotics, after which the device can then be re-implanted. If the surface is in a part of the body such as the knee, this is unpleasant but certainly feasible – whereas in Mark’s case, the surface was his heart pump. Without his LVAD, Mark’s heart would fail. The only option would be a heart transplant, and it would have to happen very quickly. “It was literally a race to get a heart transplant before the staph reached my LVAD,” Mark explains.

Mark came to NYP/Columbia in January 2011 for evaluation for transplantation. By February he returned again, this time with his belongings, prepared to wait for a donor heart. In what some might consider a miracle, his wait was a mere 30 days, and Hiroo Takayama, MD, PhD performed the transplant March 1, 2011. The surgery was very challenging; in addition to having to remove the LVAD, the surgical team also found a severe tear in Mark’s aortic arch. His recovery was difficult and fraught with complications. But once again, Mark persisted and recovered.

Mark tells his story in part so that other HIV positive patients might know that heart transplantation can be possible. “My recovery was quite an ordeal, with a lot of pain and discomfort, and difficulty finding the right balance of antiretroviral medications, immunosuppressives, and other medications. But those medications can definitely be used effectively together, and it is clearly possible for HIV positive patients to have successful heart transplant surgery.”

Today, Mark is once again healthy, active, and ever grateful for his transplant. He can not give enough praise and thanks to his physicians, surgeons, nurses, and other members of the team who cared for him. “The medical care I received was outstanding. It was great to have teams of people who covered so many topics so thoroughly, including nutrition and possibility of infection. I also give a lot of credit to the love and support of my family and friends who learned how to care for me during a long recovery period. Most of all, I thank the enormous generosity of my donor and donor family for this gift of life.”