Recent Questions About the Usefulness of Mammography

Many patients have inquired about a recent study in the British Medical Journal by Canadian researchers who found that mammography did not reduce death rates from breast cancer and may even have harmed some women by leading to unnecessary surgery, radiation, and chemotherapy. A vast majority of physicians, researchers, and breast radiologists have criticized the study sharply and cited massive evidence to discredit it.

It is important to keep in mind that the study is based on data from mammographic screening performed 30 years ago. At that time, two-view analog film-screening mammography was the standard of care. Unfortunately, the results from the study shed no light on the benefit of screening with current digital mammographic technique.

Differences in sensitivity between mammograms from the 1980s and now 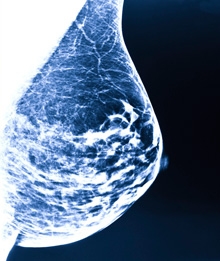 Almost a third (30.6 percent) of the mammographically detected breast cancers in the Canadian study had already spread to lymph nodes and the vast majority were palpable (could be felt) by physical exam. Thus, it is no surprise that there was no survival benefit from mammography performed with the primitive technique of the 1980s. Results from contemporary studies show that with modern digital mammography, 18 percent of screening-detected cancers involve the lymph nodes; they are also more likely to be closer to 1 cm at diagnosis, compared with the mean size of 1.91 cm found by mammography in the Canadian study. The improved accuracy of digital mammography vs. analog film is well established for women under age 50 with dense breast tissue.

The Canadian study fails to acknowledge the many benefits associated with detecting tumors at smaller sizes. When tumors are detected earlier, patients are more likely to avoid mastectomy and to take advantage of breast-conserving options such as lumpectomy. They are also less likely to be prescribed radiation and chemotherapy.

Breast-Cancer Screening of the Future

Scientists at NewYork-Presbyterian/Columbia are involved in research to improve methods for early detection of breast cancer, including a PAP smear-type method to analyze nipple fluid to detect pre-cancerous changes. Another promising approach in development is 3D mammography. According to Sheldon M. Feldman, MD, Chief of the Breast Surgery Division, “Though digital mammography, the current ‘gold standard,’ performs reasonably well, we anticipate significant improvements in diagnostic capabilities in the near future.”

All patients should check with their physician before making any decisions about breast cancer screening or treatment.

Learn more about diagnosis and treatment of breast cancer at breastmd.org.