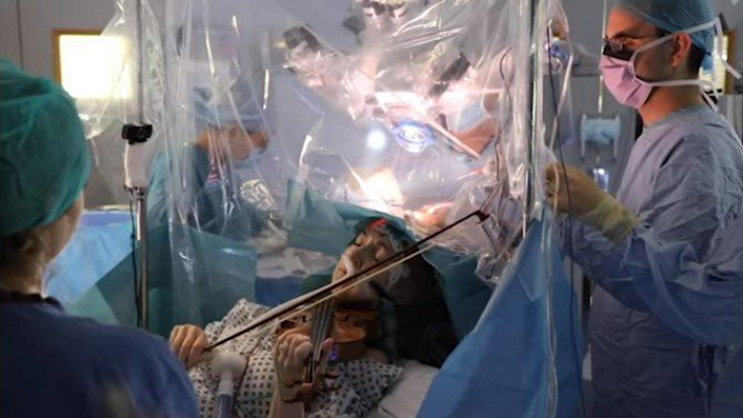 It’s rare when a patient plays their instrument while during surgery, even in the world of awake craniotomies, surgeries that require alertness for in-the-moment feedback as doctors resect tumors and repair parts of the brain responsible for vital functions. More special is what makes the personalized aspects of this particular procedure possible. With imaging called functional MRI, surgeons are able to map brain activity in great detail before surgery, entering the OR with far more information than previously known about each specific brain.

Want to take this reading a step further? Check out an article on the way neurosurgeons at Columbia are using A.I. to better detect tumors during surgery.  (From npr.org)

How China’s Incompetence Endangered the World

The only thing worse than a viral epidemic like coronavirus (COVID-19) killing thousands of people is the way lies, corruption and repression are being used to control the spread of critical information in the midst of crisis.

This article does a great job detailing the outbreak on a day to day timeline while explaining the political decisions and backstory that have led to boiling political unrest in China. Further, it breaks down the current ongoing danger such disinformation poses to our collective global health.  (From foreignpolicy.com)

How Common Mental Shortcuts Can Cause Major Physician Errors

Have you ever heard of the left digit bias? It’s the thinking behind so many goods being priced at say $4.99 instead of $5. Research has shown that our brains round down to the left-most digit, but shopping isn’t the only factor in play—the bias may affect diagnostic decisions and larger factors in medicine. Researchers aim to identify bias and provide tools and resources to combat it.  (From nytimes.com)